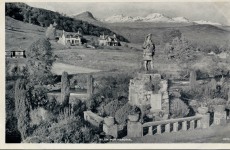 2. The Society shall consist of all duly admitted members whose subscriptions are fully paid.

3.1 The affairs of the Society will be managed by a Committee consisting of Chairman,
Vice Chairman, Secretary and Treasurer and up to eight committee members
elected annually by the Society's members in open meeting.

3.2 Two members of the Committee will retire each year, if necessary by rotation,
but may stand for immediate re-election.

3.3 An individual who is not a member of the Committee of the Society will be elected
annually to audit the accounts.

4.1 The Chairman, Vice-chairman, Secretary and Treasurer will take up their responsibilities
immediately after the Annual General Meeting.

4.2 The Committee at its first meeting, to be held no later than four weeks after election,
will fill the positions of Editor and Membership Secretary and other positions as is
deemed necessary from its elected members.

4.3 The Committee will have powers to co-opt to make up the full number and to fill
positions left vacant by resignation.

4.4 Members of the Society appointed as Convenors of any Working Groups who are not
already members of Committee may be invited to attend committee meetings on
an ad hoc basis.

4.5 A quorum of the Committee will consist of not less than four elected members.

5.   The Chairman will have a casting vote and the final decision on all points of order
at both Committee and Society meetings.

6.1 The Annual General Meeting of the Society will usually be held on a date in April/May or
a different date to be determined by the Committee.

6.2 At the AGM, the Chairman will report on the proceedings and progress of the Society.

6.3 At the AGM, the Treasurer will present the audited accounts for approval and propose
subscription rates for the following year.
All subscriptions shall fall to be renewed on 1st October each year.

7.1 Two signatures will  be required on all cheques issued by the Society.

7.2 Signatures will consist of the Chairman, Treasurer, Secretary
and one other Committee Member.

8.  The Society shall publish a regular magazine or newsletter one copy of which shall
be issued to each member whose subscription is not in arrears.

9. The Society may arrange associate membership with any organisation having similar interests.

10. No alterations of this constitution will be made except at an Annual General Meeting,
when a two - thirds majority of those present will be required.

"Notice of motion to amend the Constitution must be in the hands of the Secretary at least
three calendar months before the Annual General Meeting and must be circulated to all
members of the Society."

11. In the event of the dissolution of the Society, any assets remaining after the satisfaction of
all debts and liabilities shall not be paid to or distributed among the members of the Society,
but shall be given or transferred to a recognised charitable organisation(s) having objects
similar to those of the Society.

Pay your membership
by Paypay HERE